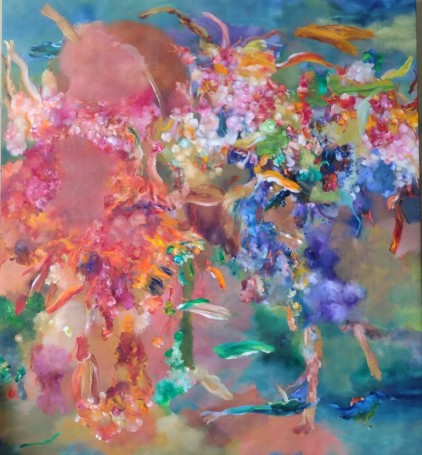 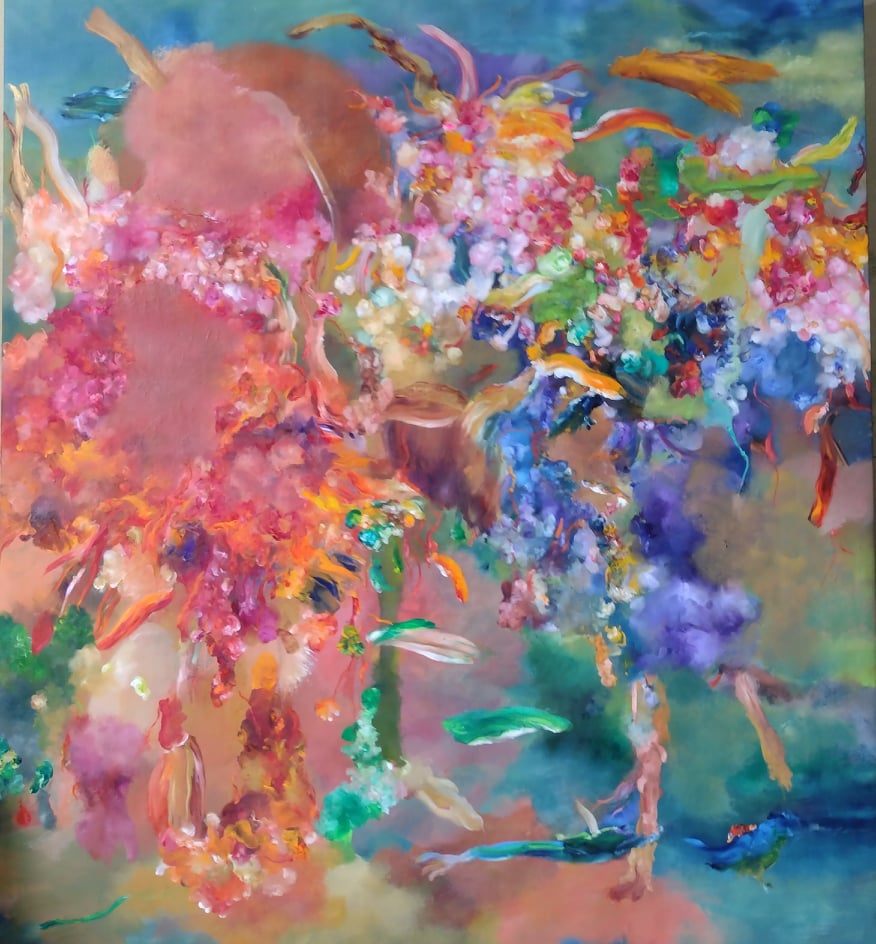 Saula Mile (b.1970) is a painter in possession of a unique vision and pronounced fantastic lyricism. His process begins from research of the unconscious through the formal aspects of painting, gradually becoming more and more populated by the presence of contours, figures and phenomena outside of the visible world.

Saula’s early painterly cycles were engaged with explorations of material (sand, pigment, earth) organised into abstract compositions, maintaining an aspect of the shamanistic drawings of Native Americans. Since 2002, he began to regularly exhibit at the prestigious Salon des Réalités Nouvelles in Paris (founded in 1939), the salon with the longest pedigree for showing abstract art in the Western world. Its name is derived from the idea that abstraction represents a new reality which stems purely from itself, which incited Saula to think deeper into the meaning of new reality, and to paint with growing focus and strength of colour.

At the beginning of 2010, a change occurred in the organisation of plastic and dynamic elements of Saula’s paintings. He found a way to free his paintings and to express a certain poetic aesthetic that increasingly resembled a dreamscape. Although colour is still of the utmost importance, he was less and less interested in its formal aspects, leaving the nonfigural abstraction and stepping closer towards the vision of his own “inner film”. His canvases became limitless and layered metaphysical landscapes in which forms, signs and anthropomorphic forms are released from the previous tablet-like frames, instead opening the space for the intensifying presence of apparitions, spectres, figures, animals, plants and the natural world. In the period from 2010 to 2017, Saula crossed from synthetic towards lyrical abstraction and fantastic painting, from searching for transcendence through precise articulation towards the looser language of forms and signs, aiming to capture the elevated reality: that which can only be seen in the corner of one’s eye, where paintings serve as the guides that allow the viewer to discover their own contemplative states, visions and mental vistas.

Saula believes that a painting mustn’t be confined to itself nor to its formal aspects, but rather to depict life much like that on paintings of Hieronymus Bosch’s Garden of Earthly Delights where “in the vortex of events there is a lot of what life represents: the searching, the games, the hidden secrets”. Saula’s method of working courts chance and coincidence, and recognises the interconnectedness of loose forms that capture the inner life of those unusual encounters. He is interested in the eclectic image that has a certain multi- and mal-functionality, the drifting motifs hinting at the elusive nature of all complexity, dreamt or real.

The basic place of his paintings and drawings is a kind of “wild nature”, a flat unbounded plain populated by the segments of dreams, mythology, theatre, poetry, film and other arts and artists, especially those of magical realism, surrealism, Southern Gothic or noir, as well as literature (Haruki Murakami, Paul Auster, Yukio Mishima, David Lynch).